He addressed that 15 Factors of Cloud Native which based on Heroku's original Twelve-Factor App, but he add more 3 another factors on it.

Let's have a look at the 15 factors of Cloud Native.

1. One codebase, one App

Migrating Monoliths to the Cloud

After this 15 factors, he also gave us some tips about how to migrate monoliths to the Cloud:

At last, he advise us the programming language Go is the best language to build Cloud Native applications for these reasons below:

Kevin also wrote a book Cloud Native Go to show how to Building Web Applications and Microservices for the Cloud with Go and React. This book has been translated to Chinese by four guys from TalkingData with ❤️. 《Cloud Native Go 构建基于Go和React的云原生Web应用与微服务》published by PHEI publisher house. See the website I built for this book https://jimmysong.io/cloud-native-go/

Kevin was signing his name on the book 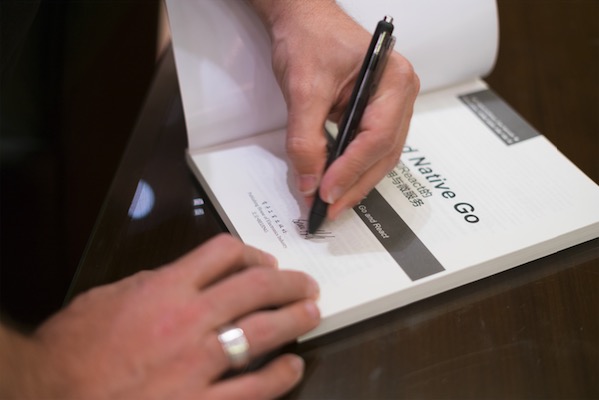 This is his first visit to China, as a main translator of this book I an honored to be with him to take this photo. 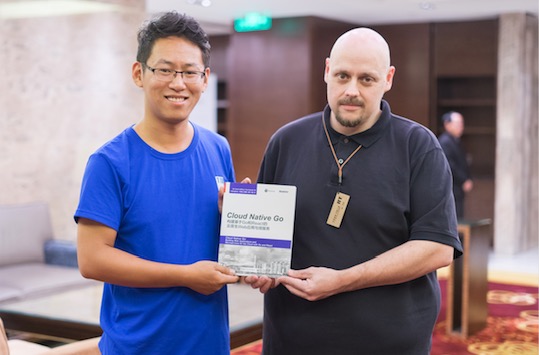